UBC’s Okanagan Campus has four flags in the main courtyard: Canada, British Columbia, Okanagan Nation Alliance and The University of British Columbia. The Ceremonies and Events team is responsible for the protocol around the use of and (when required) the lowering of flags.

Questions? Contact Ceremonies and Events if you have questions regarding flag protocol. If you wish to borrow flags for your campus event, see Event Planning Resources.

Flags at UBC Okanagan may be lowered for: 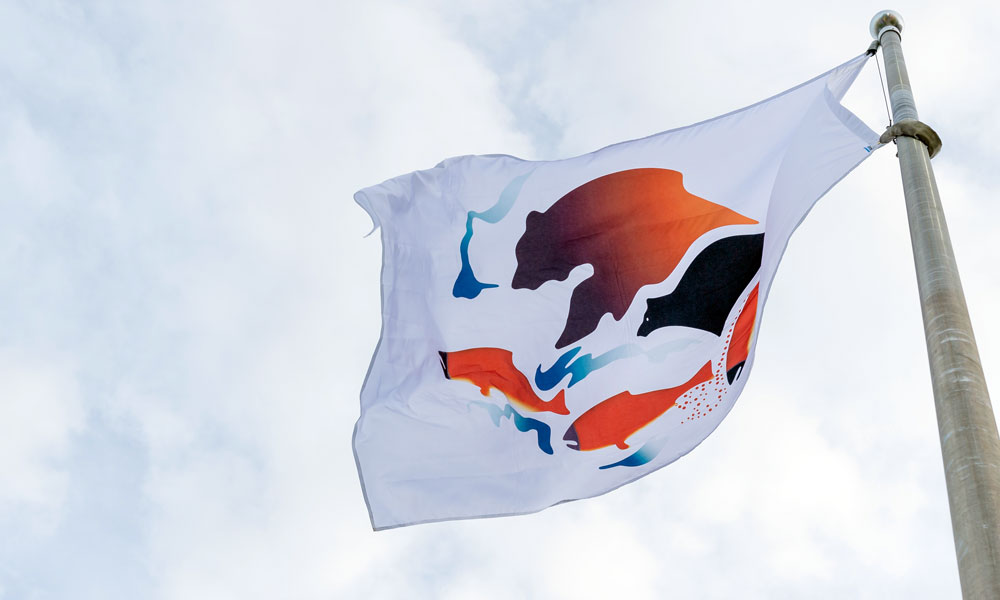 Each campus of UBC sits on the traditional, ancestral and unceded territory of its host nation: Musqueam in Vancouver, and the Syilx Okanagan Nation in the Okanagan.

The flags formally signify UBC’s recognition of Indigenous peoples in whose lands the university resides, and add to a growing visible Indigenous presence on both campuses that includes bilingual signs providing alternate street names in hən̓q̓əmin̓əm̓ and nsyilxcn Indigenous languages.

Each campus has marked National Indigenous Peoples Day by temporarily raising the flag of its host First Nation in place of the university’s flag.